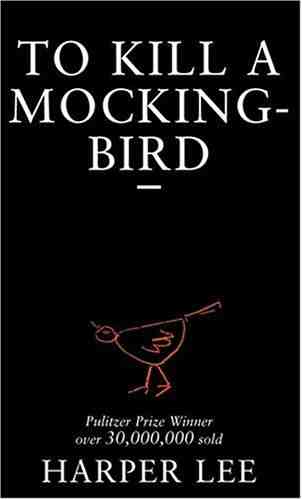 “Shoot all the bluejays you want, if you can hit ’em, but remember its a sin to kill a mockingbird.”

To Kill A Mockingbird (1960) written by Harper Lee (and no. 78 on The Guardian’s list of The 100 Best Novels) has for many years been regarded as one of the classic novels in English Literature. Not only is it a winner of the Pulitzer Prize with over 30m copies sold worldwide but its also a major film (1970) with an Oscar winning performance by the Hollywood Legend, Gregory Peck, in his role as Atticus Finch, the heroic father and lawyer who fought for civil rights in the story. 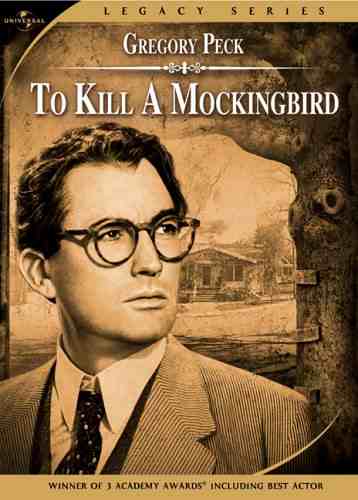 Harper Lee is such a talented writer. Her characters (such as Jem and Dill) really do come to life on the page and in Jean Louise Finch (aka Scout) you have a narrator who is both funny and endearing at the same time.

The novel is a realist text which explores some of the issues the author herself experienced in Alabama, the deep south of America. The themes of class, gender and racial politics which drive the narrative are important in that while defining a moment in American history they also shed light on some of the issues to be encountered today. Written over 50 years ago, the story focuses on the case of an innocent Black man, (the mockingbird of the story) Tom Robinson, charged with the rape of a white girl, Mayella Ewell. The gunning down of Robinson by officers as he tried to escape is hauntingly reminiscent of the controversial shooting of the unarmed black teenager, Michael Brown by officers in St Louis, Missouri, last year. It would appear that on this evidence the book can be viewed as being ahead of its time even while defining a particular moment in American history. Another theme which runs cross currently throughout the story is the enigma of Boo Radley, an almost mythical-like character who, while making a brief appearance at the end of the story, leaves the reader with more questions than answers regarding who he really is.

Now, some 55 years later after To Kill A Mockingbird, the sequel, Go Tell A Watchman is to be released in July. The recent annoucement which was made through Harper Lee’s publishers has taken the literary world by storm, creating a frenzy of excitement as readers reacquaint themselves with her original masterpiece. The sequel was actually written first. It focuses on Scout who, now living in New York, returns to the deep south home of her childhood to visit her father, further exploring the courageous and heroic qualities of a man which proved so rare back then as, arguably, they do now.

“I am on the side of ogres and pixies!”

Responding to accusations led by legendary award winning author Ursula K. Le Guin that he despised the Fantasy genre, Kazuo Ishiguro refuted the claims by declaring he was “on the side of ogres and pixies.” Addressing an audience at The Royal Institution in London, made up of members and readers of The Guardian, the Booker Prize winning author spoke about his latest book, The Buried Giant, which while he admits does include the dragons, ogres and pixies associated with the Fantasy genre, for him there is more to the story than it just being labeled with a genre. The book (his first in ten years) is set in Britain during the Arthurian period, a time of relative peace after the Roman but before the Anglo-Saxon invasions. Its a Britain with many different ethnic tribes and languages co-existing. “Today what we call a multicultural society was evolving before the Anglo-Saxons invaded,” says Ishiguro. It took him sometime to get the setting of his story right; he had thought about different places such as America, Bosnia, Ireland, Rwanda and South Africa where there had been histories of war and civil unrest. Over time the inhabitants of these lands learned to co-exist peacefully to the point of almost forgetting the often dark and painful memories of the past.

Many, if not all of Ishiguro’s previous work is preoccupied with themes relating to love, memory and mortality and in The Buried Giant there is no difference. The central characters, Axl and Beatrice, are an elderly couple who go on a journey in search of their long lost son which they hope will rekindle their love. However, the thought of not knowing where their son is as well as how he got estranged from them in the first place deeply troubles them to the point that, at some level, there is a feeling of not wanting to remember so as to not dig up painful memories of the past. “At times you need to force amnesia on a society in order to maintain the peace,” reflects Ishiguro, before adding: “But when this is done in a marriage or relationship there will always be questions surrounding the realness of love and whether it can survive when certain dark memories are excavated.” This forcing of amnesia on a society which Ishiguro describes is evident in the story through the mythical figure of the dragon who blows a mist which causes the people to forget the past. He says, “Mist is used, perhaps for political reasons, to make people forget an awful period of violence from ages past. The dragon at the end of the story is the source of the mist. As long as the dragon is alive the circle of violence will not resurface as peace is enforced through amnesia.”

With previous works such as The Remains of the Day and Never Let Me Go turned into major Hollywood blockbusting films, Ishiguro delightedly revealed that Hollywood film director, Scott Rudin, has secured the rights to put his latest book on the big screen. When asked which actors he would have to play the main roles he remarked: “None alive today. Gary Cooper and Bette Davis as the old couple with James Stewart as Sir Gaiwan.”

The Buried Giant is currently available from all good book stores.

Kazuo Ishiguro with the writer