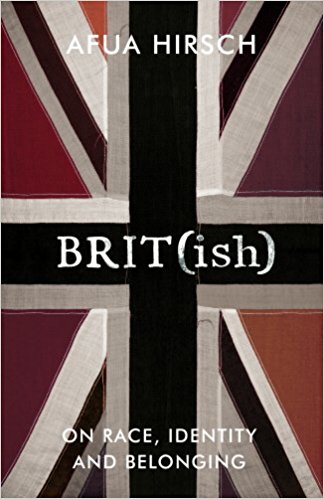 When writer and broadcaster, Afua Hirsch, shared with Guardian Members some personal life experiences taken from her recently released book – British – On Race, Identity and Belonging, it took me down memory lane. Revisiting an occasion when a proud Englishman told me that I was not British made me understand the author’s frustration. In my case, having been questioned on my identity and to his surprise learning that I was born in England and so too were both my parents, the Englishman then proudly exclaimed that I was not British since my grandparents hailed from the Caribbean. If that was not enough of an issue in itself then think about those questionnaires we get where we are asked to describe what ethnicity we belong to. I suddenly find myself having to consider what box to tick – do I go for Black British or perhaps Black African/Caribbean?

In her interesting conversation with senior Guardian journalist, Gary Younge, Hirsch repeatedly remarked on there being a cognitive disonance amongst Brits when discussions on race and the role the country played in the slave trade and empire are brought up.

“I didn’t find race, race found me; in the playground or the classroom, on the street, in the shops,” says the author, who is both an Oxford graduate and qualified human rights lawyer. Her mixed-race identity is linked to her mother – a black African from Ghana and her white father who was born to a mother who came from Yorkshire and a father who came to Britain as a Jewish German refugee. It was these multiplicity of identities, especially those relating to her Jewishness and blackness (two ethnicities with histories of oppression and slavery) which prompted Hirsch to become a human rights lawyer. She says: “No one can police your identity from the outside. We must learn from the lessons of history. While the history of the holocaust was easily accessible to me, the history of the slave trade was rather obscure. This must change.”

The writer with the author

In reference to a question regarding her thoughts on the system of new years honours she said: “It seems a lot more individuals of colour are being honoured in this way almost in a plea to silence them from acknowleging that slavery and empire ever existed.” However, the author ended the night with optimism. “It’s conversations like these which begin to break down barriers and lead to open-mindedness and an acceptance of history for what it truly was which in turn enables us all to move forward together.”

Brit(ish) – On Race, Identity and Belonging (2018) by Afua Hirsch is out now in all good bookshops.